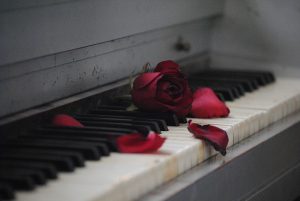 In Sal Khan’s fantastic TED Talk on mastery learning, he pointed out a flaw in the way we think about education and human potential. To do so, he drew a parallel between the illiteracy rates of centuries past and the way many current students struggle with difficult math and science content. Here’s what he said:

But what if that estimate is just based on your own experience in a non-mastery framework, your own experience with yourself or observing your peers, where you’re being pushed at this set pace through classes, accumulating all these gaps? Even when you got that 95 percent, what was that five percent you missed? And it keeps accumulating — you get to an advanced class, all of a sudden you hit a wall and say, ‘I’m not meant to be a cancer researcher; not meant to be a physicist; not meant to be a mathematician.’ I suspect that that actually is the case, but if you were allowed to be operating in a mastery framework, if you were allowed to really take agency over your learning, and when you get something wrong, embrace it — view that failure as a moment of learning — that number, the percent that could really master calculus or understand organic chemistry, is actually a lot closer to 100 percent.”1

What Sal is trying to say is that the vast majority of us are more capable than we realize, and the educational system we have today prevents many people from discovering their incredible human potential. He wants us to shift toward a system devoted to mastery learning, which would be a system where students get the support they need to truly master what they’re learning and are allowed to progress at their own pace.

So many kids who are perfectly capable of learning math or science are pushed through the curriculum too quickly and never taught how to study effectively. They develop gaps in their upside-down knowledge pyramids. They fall behind, get confused, get frustrated, get discouraged. The system of grades and comparisons cultivates in them a fixed mindset, so they believe their struggle is the result of innate deficiencies. They slip into the downward spiral of avoidance and eventually give up.

So the tragedy of lost potential is that millions of students – billions if you look worldwide – aren’t being given the chance to develop to their full potential. They could live better, wealthier, happier lives if they were given a better education. They could contribute more greatly to the human endeavor. The world faces many problems, and we’ll need all hands on deck if we’re going to solve them.

However, before we go too far down blame-the-system lane, let’s remember that students themselves have the power to engage with school proactively and take their learning into their own hands. Most students, especially those in the United States, have the resources to do more than what is asked of them and walk the mastery path independently. It’s a shame that we don’t make it easier, but we need to remember that just because something is hard doesn’t mean it’s impossible.

But there is need here for a word of caution to all the parents reading this. Many parents worry about the tragedy of lost potential in their own child, not because the school system is sub-par, but because their child is making sub-optimal choices. Parents fear that their children are closing doors for themselves, throwing away opportunities for a brighter future, and otherwise failing to live up to their potential.

One phrase we hear often in opening emails is, “My son is so smart, but he just needs to …” One problem with this sort of statement is that it reveals a fixed mindset rather than a growth mindset. Embedded in that mindset is the belief that being “smart” is really important, and that smart people are destined for greatness as long as they don’t screw up. Related to that is the implication that this parent is reaching out to us to fix their child, but we’re in the business of growing not fixing.

Such parents are urgently seeking short-term wins at the expense of long-term development. They’re inclined to rescue their child from the natural consequences of the poor choice they might be making. They give advice without permission, rather than making it okay to say no. They don’t trust their child to exercise executive function, fearing that their child is incapable, fragile. But a child is not a Jenga tower, and they need struggle to make them stronger.

If that sounds like you, please know we’re not judging you. Parenting is hard. And we know that fear ultimately comes from love. We just want you to remember that your kids are almost certainly going to be okay. They don’t have to go to prestigious colleges to live a good life. They don’t have to achieve conventional success to be happy. And they don’t have to make perfect choices as teenagers to live up to their potential.

The flip side of the tragedy of lost potential is the tragedy of lost childhood and the tragedy of losing parent-child relationships to acrimony and conflict. If, out of fear, you engage in overparenting, cram your child’s schedule full of college-application-improving activities, and push them to skip ahead in math when they’re really not ready, you run the risk of making them miserable or pushing them away. And that, too, is a tragedy.