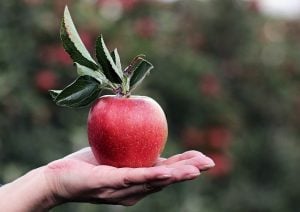 Here are eight words most children have never heard except in our office:

This is something we say to students one breath after asking something like, “Are you interested in hearing an idea about how to study more effectively?” or “Would you like to see a different way of approaching that problem?”

A big part of our job as academic coaches is to go beyond content tutoring and teach students effective study techniques and more reliable problem-solving methods. But we understand that force-feeding these ideas to students isn’t helpful. If a student isn’t open to learning something, the message will fall on deaf ears. So there’s no use in telling them something they’re not ready to hear.

Notice how the two examples I gave were offerings. We’re asking permission to give advice, and we’ll only give it if the student wants it. Nobody likes getting unwanted advice. Unwanted advice just feels like judgment. The subtext reads, “You’re not good enough, so I have to fix you.” Even if that’s not your intention, that’s how you’ll be heard. It doesn’t matter how wise, correct, and well-meaning that advice is, if they’re not looking for it, you shouldn’t give it.

And here’s the key: They really get to say no. If they say no, often zero follow-up is given. We don’t try to convince them. At most, we say, “Cool. Open invite if you ever change your mind.” Convincing would just backfire anyway because a teenager is like a Chinese finger-trap. And we just move on to whatever’s next. If they don’t do as well as they’d like on their next test because they weren’t open to ideas about how to study more effectively, that’s okay. They chose that outcome. Or if they get frustrated by their homework because they weren’t open to seeing alternative approaches to doing the problems, that’s okay too. They chose that outcome as well. These are natural consequences, and they’re often the only way students develop an interest in learning better methods.

You can use this line as a parent, and we encourage you to do it. But you should know that it will take a while for it to make a difference. Since your children aren’t used to it being okay to say no to anything you ask of them, they won’t believe you at first. It will take time for them to trust that it’s actually okay to say no. And be ready for them to say no because they will. But it’s worth it because, when they actually say yes, it’ll mean something.