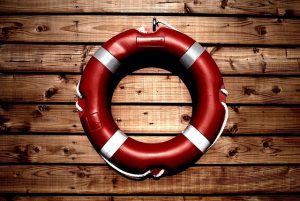 Here’s something a student once told me:

“The test was today, but I got my mom to pull me out of school, so I wouldn’t have to take it.”

The student in question had not done the homework, had not attempted the problems in the review packet, had not asked questions in class, had not taken notes in class, and had not sought out other resources for help. In other words, the student had done none of the things an active agent student would have done.

When a student makes this series of choices, there are supposed to be “natural consequences”: the anxiety of taking a test you’re unprepared for, the guilt of knowing you made no effort to prepare, a low grade. These consequences aren’t punitive; they’re not meant to cause harm. They are simply what naturally follows from poor choices. And they are meant to be instructive.

But this particular student didn’t have to face any of those consequences because his mother rescued him. As a result, he missed out on an important opportunity to learn from his mistakes.

As with overparenting in general, parents rescue their children from situations like this for very understandable reasons. You love your children and hate to see them suffer. And you don’t want them to fail at anything, so you intervene and prevent painful failures. The trouble is that we learn a great deal from failures precisely because they are painful. The very act of rescuing a student from failure might save him from suffering the very consequence that would have motivated him to change.

Students like the one mentioned above could figure out how to be successful students, if only they had a good reason to do so. Many students decide that they want to learn good study techniques precisely because they’ve had to suffer the embarrassment of failing a test. Other students resist doing the hard work of learning because they’ve never faced any real consequences for avoiding the work. If their parents always intervene in some manner to prevent them from failing their classes, they never have to suffer the annoyance of summer school. Most students don’t need that level of consequence to become motivated to play the game of school, but some do.

And what should you say if your child mentions something they perceive to be unfair in the classroom, or they mention a “bad teacher?” Should you rescue them then by intervening with the teacher?

Maybe, but only in a very particular way.

After the customary expressions of empathy, the empowering question to ask is, “What are you going to do about it?” We want children to understand that, even in a bad situation, they are response-able. Unfairness happens. Bad teachers exist. And children need to learn how to deal with them. If you do decide that the situation warrants complaining to the teacher or the school, please do not complain in front of your child. Go raise hell at school if you have to and you think it’s justified, but do your best to hide these efforts from your child. Complaining about the teacher, the school, or “the system” in front of your children puts them into victim-mode, which makes them passive.

Furthermore, most parents are actively trying to send a message that “we care more about how hard you try than about the grades you get” because that’s one of the key ways to encourage a growth mindset, but rescuing your children from low grades undermines this message. Intervening with the teacher on your child’s behalf, micromanaging to make sure they’re studying, or pulling them out of school to save them from a test they’re not ready for all make it clear that you actually do care deeply about the grades.

Rescuing is a tempting, short-term “fix” that serves to perpetuate long-term problems. Balancing short-term and long-term goals is difficult, but a good rule of thumb is to avoid fixing in favor of growing. Give your children opportunities to take risks, make their own choices, and face whatever consequences naturally arise from their own behavior. This process of trial and error is precisely how children develop self-efficacy, and a person with a high level of self-efficacy will almost never need to be rescued.