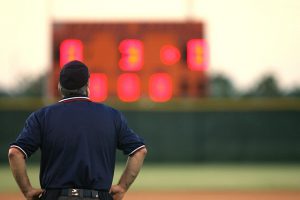 Our motto here at Northwest Educational Services is “Learn how to learn.” And while that is quite different from “Learn how to get an A,” learning how to learn does tend to improve grades. After all, you are likely to score better on tests when you know the content. And we do keep grades in mind as a secondary goal. When grades are an issue, sometimes what a student needs from us is coaching, not on how to learn, but on how to play the game of school.

The “game” of school is all about points. Your grade at the end of the semester is determined by the points you’ve earned divided by the points possible. Yes, some classes weight different categories more heavily than others, and it’s important to pay attention to that, but within those categories it’s still a game of points.

For tests, points earned generally reflect how well prepared you are for the test. That’s why we’re constantly encouraging students to use the most effective study methods. But sometimes points get thrown away because students are unwilling to take risks and guess when they’re unsure. And there are many opportunities to use strategy to increase your score without any increase in knowledge.

For participation points, you generally just have to be in class and on task, though some teachers do insist on active participation. Asking questions is a very effective way to demonstrate that you’re engaged. Using your phone to text, play games, or check social media is now the #1 way to lose participation points. A simple solution is to spend the school day in airplane mode.

For everything else – homework assignments, papers, and projects – the way to get points is simple: Turn everything in, as complete as possible, on time. Usually, when a student is not adequately playing the game of school, this is what they’re neglecting. They may know the material and score well on tests, but their grades are low due to missing and late work.

Many teachers don’t accept late work. Those who do usually penalize late work with reduced points. For example, it’s fairly common for late work to be docked 50%. This means, if you’ve only completed 60% of an assignment by the time it’s due, you’re better off turning it in on time, incomplete, than completing it and turning it in late. Now, you’ll learn more and develop a stronger work ethic by completing the rest of the assignment, but from a pure points standpoint, you should just turn it in. Often students fail to make this calculation. Worse, many who say to themselves, “I’ll finish it tonight and turn it in tomorrow,” forget to do so, and end up with a zero.

It’s About Numbers, Not Letters

In most classes, the #1 thing that kills grades is zeros. If you don’t turn in the work, you’ll have a very hard time keeping your grades up. Let me show you the math for a hypothetical student to see how bad zeros are.

In both scenarios, Johnny failed those two assignments: 0% and 50% are both failing grades. But letter grades aren’t what matter when you’re playing the game of school. It’s the points that matter, and in the second scenario, Johnny got significantly more points. The letter grades matter at the end of the semester, but all along the way, they actually distract you from the numbers that count.

Likewise, I could fail a series of minor assignments, and ace one project, and wind up with a very high grade. Let’s say that I’ve earned only 2/5 points on five minor assignments, but 95/100 on a big project. If those are the only points in the class, my grade is 105/125 or 84%. I failed 5/6th of the assigned work, but we calculate final grades by points, not by averaging the letter grades of each assignment, so I have a B in the class.

Returning to Johnny’s example, we can see that the difference between the first scenario and the second one is that, in the second scenario, he gave himself permission to turn in garbage. We’ll give Johnny the benefit of the doubt and assume that he was simply too busy to do those two assignments well, but that he did have enough time to do a crummy job. In the first scenario, he decided that if he couldn’t do the homework well, he shouldn’t do it at all, and as a result, his grade suffered. In the second scenario, he decided it was okay to turn in garbage work, and this helped his grade significantly.

Many students struggle with this idea. They know they can do better, and they have an emotional resistance to turning in sub-par work. They don’t feel okay turning in work they’re not proud of. While this is an admirable instinct, it can actually be quite detrimental. Perfectionism can be paralyzing.

Of course we want to do our best all the time, but that’s unrealistic. We can only really hope to do our best most of the time, and sometimes we just do a half-way decent job and say “Good enough.” As many have noted, a big part of success is just showing up. In school, “showing up” means turning everything in.

Grade Management vs Learning and Curiosity

“Playing the game of school” is another way of saying “grade management.” And while managing grades is important we need to be careful that our conversations with students aren’t exclusively focused on grades. We need to demonstrate curiosity about the content they’re learning and express interest in the various activities, clubs, and sports that are also a part of the school experience.

There is a danger for parents and students to fall into a rhythm of only talking about grade management, and never talking about learning or the social aspects of school. When the only thing discussed is grades, children, especially teens, are quick to disengage from these conversations. They want to be seen as the complex human beings they really are, not as a collection of test scores and report cards.

When talking with your kids about school, you should be aware of the game of school, but it shouldn’t be the primary focus.

The Deeper Value in Playing the Game

Playing the game of school often does support the higher goal of learning. The game often requires that you repeatedly engage with content, creating a bit of spaced repetition because this helps form memories. Homework is usually an opportunity to take a step or two down the mastery path, which is true whether or not you already understand the content. Most of the work that feels pointless does actually, at least in some small way, support learning.

But far more important, I believe, are the general life skills students learn when playing the game.

Turning everything in on time requires that students learn to stay organized and meet deadlines. They have to plan ahead and practice estimating how long various tasks will take. Students also have to know how the weighted categories and late penalties work in each of their classes in order to make strategic decisions about how to allocate their time. All this helps develop their executive function.

And lastly, one of the forgotten purposes of school is simply learning how to work. Silver-spoon-holders notwithstanding, all children grow up to become adults who have to work. And even those adults who are blessed to have an Ikigai – a passion-driven career that is a true calling – must regularly perform tedious labor that they don’t want to do. No one gets to avoid this part of life, and school helps train you for it.

The ability to do boring work that we don’t feel like doing is as fundamental to success as exercising is fundamental to physical fitness. And this ability is a component of willpower, which is a mental muscle that gets stronger with use. When we strengthen our willpower and build a track-record of getting things done, we develop a powerful sense of self-efficacy. We become confident in our own ability to get things done.

Sometimes the tedious work teachers assign really isn’t helping students learn the content, but getting the work done on time is teaching them valuable life skills that are universal to adult success.