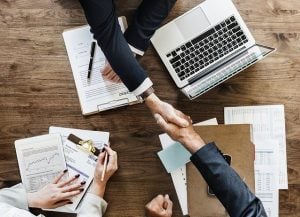 In the world of academics, “executive function” is, to put it mildly, a big deal. A student with weak executive function will probably struggle with staying organized, setting goals, prioritizing, turning in work on time, overcoming the impulse to procrastinate, following instructions, accurately judging the quality of his work, paying attention in class, resisting distractions, solving complicated problems, and deciding how to study when structure isn’t provided.

And outside of academics, weak executive function can contribute to a wide variety of issues, ranging from bad manners to depression to reckless, illegal behavior.

Most parents have at least some sense of what executive function is and why it matters. Less common, however, is a clear understanding of the role parents play in a child’s developing executive function. So let’s dive in.

What is executive function? 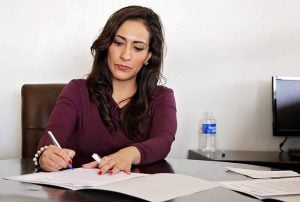 Essentially, it’s the CEO of the mind, the part of the brain in charge of what we think and do. It’s the planner, the organizer, and the decider.

However, if you dig into any of the literature about executive function, you’ll quickly learn that it has many components. Some don’t even refer to it in the singular, instead referring to “the executive functions.” I prefer the singular because I like the metaphor of the CEO who possesses all the necessary skills to run a company: Executive function is the collection of skills necessary to run your own life.

Executive function links moment-to-moment decision-making with long-term planning. It’s how we align our actions with our values. This is not a purely intellectual ability, and it is largely independent of IQ, though a high IQ might compensate for or mask some executive function challenges.

Executive function is a combination of social, emotional, and intellectual skills. These three categories overlap a bit and many of the aspects are interconnected, but we can still use these three buckets to sort out the primary components of executive function:

These are all very important skills for success in both school and life. And because executive function is composed of so many little skills, there is no magic pill or silver bullet that fixes executive function problems. Instead, there are countless little opportunities to help develop and strengthen these skills.

It’s another classic case of growing rather than fixing, and a fantastic arena in which to employ the philosophy of everything counts. Every moment is an opportunity to make progress, and every step in the right direction is worthwhile.

Where is executive function in the brain?

Mostly, it’s in the prefrontal cortex. This is the part of the brain right behind the forehead. It is one of the newest and largest parts of the brain.

And for parents, probably the most important thing to know is that the prefrontal cortex develops last. It is still developing into our mid-twenties, which is partly why car rental companies don’t do business with people who are under 25. They’ve known that young drivers are more prone to reckless behavior for far longer than we’ve had the neuroscience to explain why.

Although development “finishes” during our mid-twenties, we’re still able to improve the prefrontal cortex throughout adulthood because it’s the most dynamic, malleable part of the brain. The prefrontal cortex, which is the primary seat of executive function, is the area of the brain with the most potential for growth. And, it’s worth noting that the most well-researched method for strengthening the prefrontal cortex is meditation, which is a classic example of neurogenesis. (Side-note: mindfulness and the four skills that it’s composed of are closely related to executive function. Click here to learn about those four skills and the benefits of mindfulness as a whole.)

Critically, however, the prefrontal cortex is also the part of the brain that is most vulnerable to hunger and fatigue, and it is the first thing to shut down when we’re experiencing an emotional crisis. This is the result of your brain’s history, as newer parts of your brain are prone to shutting down when our basic needs aren’t being met. This means that being well-rested and well-fed is a simple way to improve executive function.

This also means that even strong executive function skills can evaporate at certain times of day or during emotionally challenging situations. For example, I am not a morning person, so my executive function is horrendously low for the first hour or two of the day. For this reason, I have established a very consistent morning routine that sets me up to have a better day. I also map out my days the night before because I know that I’ll struggle with planning in the morning. This is self-imposed “scaffolding”: My routines provide a framework for me to lean on when I’m too tired to think straight. 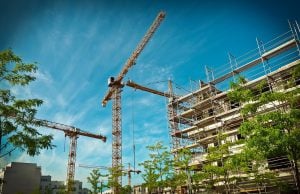 So, another way to support executive function is to establish consistent routines for those times when your children are likely to struggle the most: times when they’re tired, times when they’re hungry, or times of transition. The three most classic are: the morning, right after school, and bedtime.

So what’s the parent’s role in developing the child’s executive function?

In many ways, the answer to that question depends on the age of the child.

Initially, parents must do everything for their children because babies are pretty helpless. But as time goes on, children can do more for themselves. So instead of doing everything for them, parents provide support, guidance, and boundaries. Children develop increasing abilities and independence using this scaffolding that parents provide. And as children become teenagers and teenagers become adults, the scaffolding is gradually reduced until it’s no longer needed at all.

The goal, of course, is for them to grow up into fully independent adults who are no longer reliant on you. This can only happen if they have opportunities to practice increasing independence as they grow up. Therefore, micromanaging must steadily give way to a more hands-off approach. 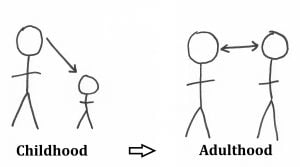 Let’s use the example of clothing to explore this transition from infancy to adulthood.

When your child is an infant, you dress her because she cannot put on her own clothes. At some point during toddlerhood, you shift to helping her dress herself. Eventually, she is capable of dressing herself, so she does it on her own, but you might still be choosing her clothes for her. Choosing clothes might then become a joint-effort between the two of you, but eventually she’ll pick out her own outfits. You might still exercise the power of veto if she chooses poorly or selects clothes inappropriate for a formal event. Later, this might just be a reminder to take a jacket if it’s cold outside. Throughout her childhood, you purchase her clothes for her, but at some point, she starts giving input while you’re shopping for clothes. Later, she buys her own clothes but uses your money. And lastly, she buys her own clothes with her own money.

This gradual decrease in parental support is relatively straightforward when it comes to clothing, but it can be much more challenging and much more complicated when it comes to such areas as succeeding in school or staying safe. For these, deciding how much control to exert and when to let go is very difficult, and there are no simple answers. Granting your child increasing levels of independence is necessary, but it’s also risky.

Finding the right balance between short-term success and long-term growth is difficult, but it’s a worthwhile effort. It is possible to find a middle ground between helicopter parenting and laissez-faire parenting, between micromanaging and being completely hands off. This is very similar to the fruitful middle ground that exists between extremes of parenting styles. In between the extremes of doing it all for them and doing nothing at all, there are varying degrees of scaffolding. And, most importantly, there is always modeling.

In addition to providing active support, parents also have the very important job of leading by example. Parents are the primary role models for children, and your actions often speak much louder than your words. As Greg Smith likes to say, “Children are always learning, and parents are always teaching. It’s just probably not happening when you think it is.”

Young children might be open to taking your executive function advice, but older children and especially teenagers are likely to reject any advice you give. Indeed, sometimes telling a teenager to “be organized” or “use a planner” actually makes the problem worse because they’ll do the opposite of what you’ve advised in order to assert their growing independence. (See also: “Why a Teenager is Like a Chinese Finger-Trap”)

This means modeling is your primary tool for “teaching” executive function.

This means verbalizing your thought processes more – not talking to your children, but talking in the presence of your children. It also means being transparent about your challenges with problem-solving, emotional regulation, and taking the perspective of others. And it means being deliberately open about the use of tools, techniques, and strategies to enhance your executive function.

They may not be ready to use any of these tools, or they simply may not want to. That’s okay. Telling them to use them would only create more resistance. Steadily lead by example so that, when they are ready, they’ll have a model to follow. 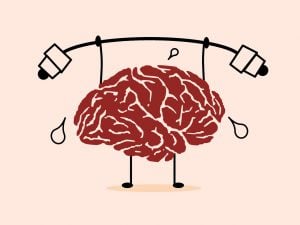 All the skills I mentioned in the detailed breakdown of executive function are like little brain muscles. These abilities become stronger with use. Difficult academic courses, chores, volunteer work, and jobs all offer opportunities to exercise those skills. So encouraging children to take on obligations and challenges is a great way to help them develop stronger executive function. Though they may not initially be ready for the tasks they take on, they’ll get stronger by struggling. Responsibilities make you more response-able; they cultivate self-efficacy.

This is a big topic, and I’ve barely scratched the surface.

My goal here was to lay the groundwork for deeper exploration into executive function and provide a framework through which to think about supporting executive function development in children. Future blog posts will look more at specific strategies and tactics parents can use. In the meantime, you might peruse our list of recommended executive function books.

And you’re always welcome to dive into specifics in a one-on-one setting with either Greg Smith or myself.

Greg, through Northwest Educational Services, offers parent coaching. He would love to discuss how you can support executive function growth at home. We will also be offering a seminar devoted to this topic in August as part of our 5-part series on “Parenting For Academic Success.”

I have drawn from numerous sources, all of which overlap with one another in some way. And my primary resource for this was none other than the owner of Northwest Educational Services, Greg Smith. So in lieu of a traditional works cited list, here are the books and websites I’ve drawn from: