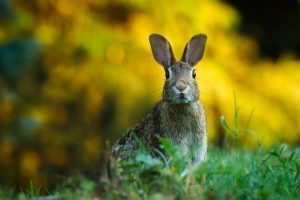 But he also likes to pursue mastery, or at least, the Khan Academy version of mastery. To achieve that for any given topic, such as subtracting mixed numbers, you have to rise through three ranks: from familiar to proficient to mastered. To progress through these ranks, you have to answer four questions correctly in a row in a focused set, then answer another question correctly on a quiz, and then later answer a question correctly on a unit test. If you get it wrong on either the quiz or the unit test, your rank drops.

This student wants to get full mastery on all the topics, which I love. Mastery learning is a great goal. But because he likes to go fast, he makes silly mistakes. He often misreads questions, misses key details, or makes errors in calculation. As a result, he frequently has to repeat problem sets in order to get four in a row correct, and then he has to repeat quizzes and unit tests in order to get the mastery level for each topic. In other words, trying to go fast slows him down.

One instance stands out to me as emblematic. He rushed through a quiz and made an error. So he had to repeat the quiz, but he rushed again and made a different error. Finally, on the third attempt, he got them all right. If he had just gone slowly and carefully the first time, he would have been done sooner.

Of course, this comes as no surprise to me. I know that mental math leads to a higher error rate. I know that writing helps you manage cognitive load, leading to less confusion, better understanding, and fewer mistakes.

It reminds me of the importance of tying your shoes, both literally and metaphorically. If you want to get to where you’re going as quickly as possible, skipping the step of tying your shoes might seem like a time-saver. But if you trip and fall because your shoes were untied, it’s going to cost you far more time than would have been spent tying your shoes before leaving the house. Likewise, skipping steps in math problems – or in any learning process for that matter – only seems like a time-saver. It usually winds up costing you far more time in the long run.

This principle becomes even more powerful if we take the long view. If you want to go fast, you might skip a year or two in math. You’re saving time, you’re getting ahead, and you’re proving how smart you are! But, for many reasons, skipping ahead in math is rarely a good idea. For most students, this path means less mastery of the fundamentals, more holes in their upside-down math pyramids, and a higher likelihood of hitting a wall and quitting math altogether.

There are many students who want to become scientists, engineers, or mathematicians who are absolutely capable of doing so, but nonetheless pursue other careers because they falter in math. And many of them falter in math precisely because they skipped ahead in middle school. This is yet another case of the tragedy of lost potential that could easily be prevented if we only had the patience to go slowly.