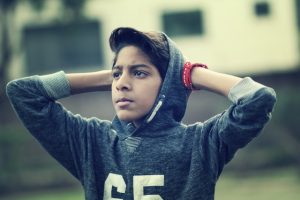 Teenagers seem programmed to doubt, question, reject, and disobey what adults say. As I’ve explained before, a teenager is like a Chinese finger-trap: doing the intuitive thing and just telling them what to do is the equivalent of pulling to try and release your fingers – it only makes them resist more. But why is this? Why don’t teenagers listen to grown-ups?

One answer is human nature. Our hunter-gatherer ancestors explored new lands and invented new tools in part because each generation did not fully accept the status quo. But like most things genetic, the tendency for teenagers to do things their own way is not set in stone. Culture and individual choices can influence the degree to which this propensity is expressed.

Parents tend to focus on the irrational aspects of teenage disobedience. You tell your middle schooler to use a planner and start her homework early, but she ignores your advice. You tell your high schooler to drive slowly, stay away from drugs, and be home before midnight, but he disobeys you. If only they would just listen to you, things would be so much better.

But teenagers today actually have a good reason not to listen to grown-ups. And if you understand that reason, you’ll be in a much better position to influence them.

Many young Americans see that they are inheriting a dysfunctional political system that seems incapable of compromise and pragmatic action. They see major issues with healthcare, the national debt, immigration, and gun violence go unaddressed year after year. They see homelessness on the rise and bigotry persisting. Many teenagers look at these failings and conclude that the adults around them are either complacent or complicit.

We want kids to communicate openly with us, share, take responsibility, and get along with others. But are we modeling that? Consider the growing disconnect between red states and blue states. Consider how we increasingly struggle to find common ground with our fellow Americans. Consider how rare it is to see adults of different political affiliations engage in civil discussion.

Many of today’s youth also understand that they are inheriting a world that previous generations have literally trashed. We’re living through a slowly-unfolding environmental catastrophe of our own creation, and we’re doing almost nothing to stop it. Many teenagers look at this failing and come to the conclusion the adults of this world are foolish and irresponsible.

We adults are constantly asking kids to work hard today in order to create a better future for themselves. But this message sounds profoundly hypocritical when teens observe the adults of this world failing to sacrifice today in order to protect the future of our planet. 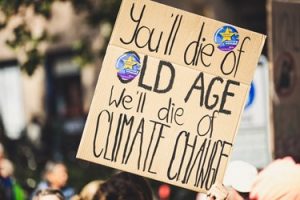 In short, many teenagers today don’t listen to adults because they think adults have failed to prove themselves worthy of being listened to and because they believe adults have misplaced priorities.

When teens are told to study hard and finish their homework, they sometimes feel like they’re being asked to polish brass on the Titanic. Sure, but shouldn’t you slow down and steer away from that iceberg?

Are grown-ups wrong about everything? Of course not.

And are many teenagers foolish and irresponsible as well? Of course they are.

Are some adults working hard to make the world a better place? Of course they are.

But we have to remember that kids can smell hypocrisy a mile away.

If we give them any reason to question the legitimacy of our authority or the authenticity of our messages, they will latch onto it. And recent generations of adults have given kids plenty of reasons to doubt them.

And just to be clear, I include myself in this. I have not done enough. I have been complacent. I have been selfish. So I’m not judging you. But I am saying that your kids might be judging you, and they might have legitimate reasons to do so.

So what can we do about it?

A good clue would be to look at the kinds of adults teenagers do listen to. These adults will tend to do two things:

Think Obi-Wan Kenobi or Albus Dumbledore, although you don’t need to take things to Hollywood extremes. I had several teachers growing up who had an outsized influence on their students because they were clear on their values and not afraid to be weird. Think Mrs. Frizzle from The Magic School Bus or Robin Williams’ character in Dead Poets Society.

In order to connect with a student, I have to try hard to not be like all the other adults in their life. Most of the adults in a student’s life are quick to judge and give commands. They don’t ask permission before giving a comment or offering advice. They aren’t open and honest about their own failings. And the relationship is adversarial; the student and the adult are not on the same team.

If you want to have a positive relationship with your teenager – you know, the kind where they might actually listen to you – you’ll need to work on shifting from the role of adversary to the role of ally. The dynamic won’t transform overnight because trust takes time, but you can start to move things in the right direction today.

And if you really want your teenager to listen to you, you’re going to need to lead by example on the big things. Live your values, even (especially) when that means making some kind of sacrifice and even (especially) when that means bucking the status quo. The more that we, as adults, can be seen as part of the solution rather than part of the problem, the more kids will see us as credible.

But Chris, I’m completely overwhelmed by the world’s problems. I don’t even know where to start.

Fair enough, but we need to remember that’s exactly how many students feel about their big projects, their executive function struggles, or falling behind in math. And just as downward spirals of avoidance can be overcome in those arenas, they can be overcome for national and global issues as well.

So here are just a few ideas you might consider as starting places:

These are just a few examples, obviously colored by my personal values. The point here is not that you need to believe what I believe or agree with your teen’s perspective on issues like these. The point is that, if you want your children to listen to you, you need to be seen as someone who is willing to be different in order to make the world a better place.

Remember that there are many small opportunities to contribute, and every step in the right direction is worthwhile. And remember that the more often you take those steps, the more credibility you will have in the eyes of your children.