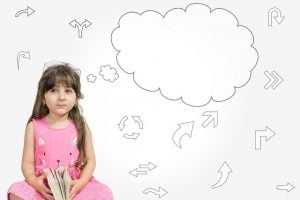 The title of this post is a question that students ask too rarely, and when they ask it, they usually don’t ask it well. So here are some quick thoughts on why and how to ask this question.

During the course of a large unit in, say, a history or biology class, you’ll probably cover more information than could be squeezed into a single exam, so the teacher will be making some choices about what to include on the test. And any students who are playing the game of school strategically will want to focus their study time on only that which will be tested.

Furthermore, knowing exactly what’s going to be on the test is especially important if you’ve waited until the last minute to study. Last-minute cramming is a game of triage where you can only spend time on a handful of topics, so asking what’s on the test can help you choose those topics wisely.

Okay, so maybe I’ve convinced you to ask. If that’s the case, then please don’t just walk up to your teacher and say, “What’s on the test?”

Instead, build a list on a piece of paper of the topics you think might be on the test. Be as specific as possible. Think about big categories and the subcategories within them. Use your book, your notes, and other resources to help you make a decent prediction. And then bring this piece of paper and a pen or pencil with you when you talk to the teacher. Make sure it’s a good time to ask, and be ready to receive an answer (have pencil and paper at the ready).

You’ll have a much more productive conversation with your teacher if you do this. It shows that you’re engaged with the content, and that you’ve made your best effort to predict what’s going to be on the test. It demonstrates that you’re trying to be an active agent in your own education. You’re not making the teacher do all the work. Instead, you’re making it easy on them, and you’re saving them time. Because of this, you’ll often be rewarded with helpful information.

As long as the test isn’t tomorrow, you still have time to ask the teacher, but we generally recommend asking as soon as possible, which is probably earlier than you think. Studying works best when there’s time to work your way down the mastery path using spaced repetition.

In fact, start building your list of test topics on the first day of each new unit. You don’t have to wait for the teacher to announce the date of the test. The test is always coming. And then, on the day it’s announced, you’ll already be prepared to ask what’s on the test.