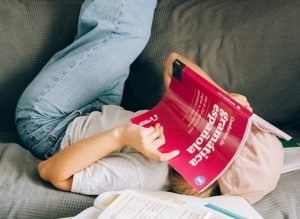 Some students enjoy studying foreign languages, or at least, their language of choice. But many find the requirement to study a foreign language frustrating and tedious. They don’t want to learn Spanish or German or Japanese, but they’re required to do so for two years in order to graduate. So they inevitably ask, “What’s the point of studying a foreign language?”

And there is some validity to that response. I studied Spanish in middle school and high school. Later, I used Spanish to get around in South America. I also worked in restaurants where many of my coworkers spoke Spanish much better than they spoke English, so I communicated with them in Spanish. For me, at least, Spanish was very practical.

But for many students, the “You might want to use it someday” answer is neither meaningful nor motivating. Sometimes, they have no intention of using the language for travel or work. More often, they’re struggling so much to learn the language that they can’t imagine a future where they will actually be able to use it.

For such students, there is a different, and ultimately more powerful, answer to the question: “What’s the point of studying a foreign language?”

Remember that one of the main purposes of school is brain exercise. And not just one kind of brain exercise, but a wide variety of mental challenges. Studying a foreign language is a unique form of brain exercise that you simply can’t get from other subjects. 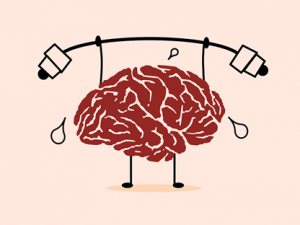 The Value of Learning Grammar and Spelling Rules

A common frustration is that the grammar and spelling rules of many languages don’t make sense. Unlike math and science, there is no underlying logic that explains why the rules of a language are what they are. Languages are accidents of cultural evolution. Their rules are arbitrary. So learning the rules is less an exercise in “getting it” than an exercise in pure memorization.

You can decide that this means learning a foreign language is stupid – that it’s a pointless hoop to jump through, a cruel sort of torture imposed on students by the school system. Or you could decide on a more empowering interpretation of reality – that studying a foreign language is an opportunity to strengthen your brain through a unique type of mental challenge. Then, it doesn’t matter that you have no plans to use the language in the future. It’s a valuable use of your time because it makes you smarter.

Cultivating the ability to memorize and accurately use a body of knowledge is a very practical skill. Doctors and psychologists learn to assess patients by memorizing what various symptoms usually mean (and all of the possible alternative diagnoses). Lawyers study all of the rules of our legal system, which is riddled with arbitrary if-then clauses, exclusions, and loopholes. 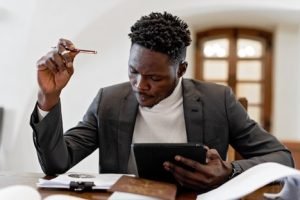 And just about every job has a unique set of procedures that need to be memorized – procedures that, like grammar rules, are often accidents of cultural evolution. So you might not need to know French grammar in your future job, but you’ll need a brain that’s capable of learning something like French grammar.

One of the main benefits of learning a foreign language is the development of cognitive flexibility. Since the rules and norms of various languages are arbitrary, there’s no universally “right” way to do things. For example, in English, we put adjectives in front of nouns: the black cat. In Spanish, they usually put adjectives after nouns: el gato negro. Neither option is objectively better; they’re just different.

Thus, by studying a foreign language, you’re forced to see that the way we do things isn’t the only way to do them. Importantly, this principle applies to far more than just languages.