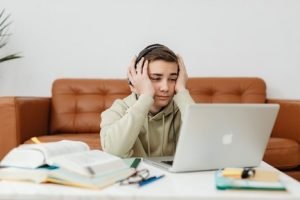 It’s very common for people with ADHD to have problems sleeping. Researchers have found that “Sleep difficulties and sleep disorders are the most common comorbidities reported in individuals with ADHD, affecting approximately 73% of children and adolescents with the condition.”1 These difficulties range from having trouble falling and staying asleep to clinical disorders like sleep apnea and restless leg syndrome.2

Not surprisingly, these sleep problems tend to make things worse. In some cases, they exacerbate preexisting ADHD symptoms, and in other cases, they simply add another difficulty to the mix. They’re associated with poorer outcomes at school and difficulties for families and caregivers.3

A kid who can’t get out of bed in the morning might be late for school, creating academic or disciplinary problems. And a kid who didn’t sleep well last night might be more prone to space out or doze off in class. And while that’s sometimes the case for students with ADHD, the surprising thing is that kids with ADHD might become more hyperactive when they’re tired – more impulsive and more likely to act out. Some researchers have suggested that this hyperactivity is actually a strategy the brain uses to keep itself awake.2

Sometimes the ADHD medications themselves are partly to blame. Since these are often stimulant medications, they can lead to difficulty sleeping. “If a child taking stimulant medication is having trouble sleeping, you should consult your doctor, who might reduce the dosage or adjust the timing of her medication so it’s not in effect at bedtime.”1

If you don’t get this right, the “solution” to ADHD can actually become part of the problem. Anyone who has ever drank coffee at 3pm to finish their workday because they didn’t sleep well the night before can relate to this. That afternoon coffee might help you power through the rest of the day, but it will keep you up too late, leading to another night of inadequate sleep.

The circadian rhythm seems to have a role to play here. People with ADHD seem to be getting the sleep-inducing hormone melatonin almost two hours later than most people.4 This explains why many of them struggle to go to sleep at what society and school schedules have deemed to be the normal bedtime. 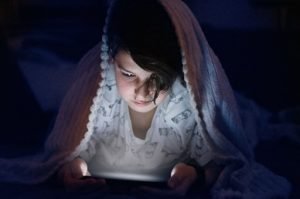 The good news is, melatonin is available as an over-the-counter supplement, and it has been shown to help many people with ADHD – not just with their sleep, but also with their symptoms.2 And as far as drug-based interventions go, melatonin is a pretty mild option. However, since there can be negative side effects and since the dosage of over-the-counter options may be inappropriate for children, this should only be done under the guidance of a doctor.

Also, if sleep apnea or any other clinical sleep disorder is suspected, you should definitely consult your doctor for diagnosis and treatment.1

But whether or not you seek out professional help, you should certainly adopt “sleep hygiene” behaviors5 – the good habits that give you your best chance of getting a restful night of sleep:

Optimizing my sleep is just one of the steps I take to thrive with adult ADHD. In fact, I take this to a pretty extreme level: I tape my mouth shut at night so I breathe through my nose because this leads to better sleep. But that’s for serious sleep-nerds only, and you should definitely ask your doctor first. 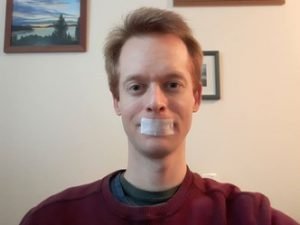 A Chicken and Egg Problem

The fact that sleep problems are so common for people with ADHD has led to a debate among researchers and clinicians about which comes first. Does ADHD cause sleep problems? Or does difficulty sleeping cause ADHD?

At present, there are four competing theories:

“First, it may be that sleep problems are a fundamental characteristic of ADHD … Second, sleep problems may mimic or cause symptoms that are characteristic of ADHD. Sleep difficulties have an impact on attention, executive functioning, and inhibition consistent with the symptoms of those with ADHD. Thirdly, ADHD and sleep problems may have a reciprocal relationship in that one disorder exacerbates the other in a vicious circle. … Lastly, it is possible that sleep and ADHD may share common etiological neurobiological pathways.”7

It all makes you wonder if our culture’s general lack of sleep hygiene just makes it seem like loads of otherwise neurotypical children have ADHD. Does this connection between ADHD and sleep problems mean your child’s ADHD symptoms are really just the outcomes of a sleep disorder?

Probably not. I think it’s more likely that there’s a feedback loop at play here, where ADHD makes it harder to sleep and poor sleep exacerbates ADHD: 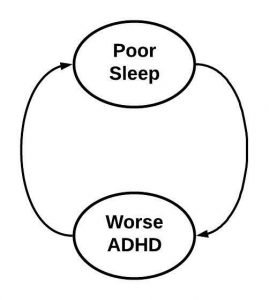 And they may also share a common underlying cause that has yet to be identified.2

Either Way, Address Both

But regardless of whether poor sleep is a cause or an effect of ADHD, the connection between ADHD and sleep problems means that parents of children with ADHD symptoms or an ADHD diagnosis should make sleep a high priority for the whole household.

If poor sleep is a cause of ADHD, then improving sleep should reduce ADHD symptoms in a virtuous cycle:

And if poor sleep is an effect of ADHD, then people with ADHD will have to go above and beyond to get adequate, quality sleep, which we know is very important for all students.

This is similar to the relationship between anxiety and ADHD. One can cause the other, so reducing one should reduce the other. Plus, anxiety and poor sleep may also contribute to one another, further complicating the picture.1 In other words, some people have all three issues.

Such cases call for an all-hands-on-deck approach. If you have ADHD and sleep problems and anxiety, you should not be thinking there will be a simple, single intervention that will make everything better. Rather, you should be running a full-court press on yourself, doing everything you can to make improvements on all fronts.

But please don’t make the mistake of thinking that you have to do it all, all the time, perfectly. You don’t. Every step in the right direction is worthwhile.

2 “The Overlooked Connection Between ADHD and Sleep.” SciShow Psych. Apr 16, 2020

6 Walker, Matthew. Why We Sleep: Unlocking the Power of Sleep and Dreams. Scribner, 2018.