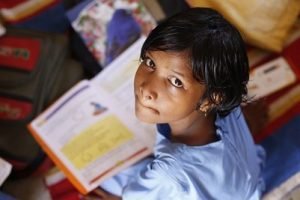 Most people study in silence, and if you’re in a library, perhaps that makes sense. But if you’re somewhere where you’re allowed to talk, you should be verbalizing as you study, even if you’re all alone. There are several reasons why verbalizing helps you remember what you’re learning.

We’ve long known that the more senses you involve in learning, the stronger the memories formed.1 And since learning styles are a myth, there’s no good reason to focus on just visual, auditory, or kinesthetic studying. You should do all of them. (Smell and taste also enhance memory too, but it’s hard to smell history or taste fractions, so we’ll settle for what we can get.)

But if you picture someone studying, you probably picture someone sitting at a desk with either a computer or a textbook open, taking notes … in silence. They’re doing visual learning because they’re looking at information. And hopefully, they’re doing kinesthetic learning, of a sort, by writing things down. But we’re missing the verbal component. True, they might be verbalizing in their head, but that’s not as powerful as actually speaking and hearing.

Talking about what you’re learning as you learn it, even just by verbalizing exactly what you’re writing down, is a powerful way to improve retention.

One of my favorite things to do as a tutor is asking my students to explain what they’re learning verbally. It’s often quite revealing. A student who seems to be following along and “getting it” might prove to be completely incapable of explaining the concept in their own words. On the other hand, a student who appears confused might surprise me by articulating the concept beautifully.

If you can’t explain it verbally, you probably don’t really understand it. 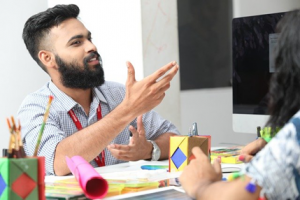 Similarly, I’ll often ask math students to explain the steps they’ve taken in a problem. If they’ve made a mistake, this will tell me what went wrong in their thinking. Or if they’ve gotten it right, I can use this to confirm that they actually know what they’re doing. I’m concerned that they might just be going through the motions robotically, following an algorithm for solving this type of problem, without actually understanding how the math works.

On a related note, verbalizing what you’ve just learned is a great way to study.

Let’s say you’ve just learned about the causes of the American Revolution. As an informal practice test, go teach it to someone else. I’m not saying you should deliver a 50-minute lecture on the topic, but you should be able to tell the story of how the French and Indian War was very expensive, which caused Britain to tax the colonists, and how they were upset about not having representation in Parliament because they had adopted the ideals of the Enlightenment.

Teaching is a powerful way to learn, and you can even do it when no one’s around. I often talk my way through complicated concepts that I’m studying as a form of mental recall practice – sometimes in my head, but sometimes aloud. (Yes, I’m weird like that.)

Verbalizing is extremely important when you’re studying a foreign language because your ultimate goal is not merely to be able to read and write the language, but also to speak it.

In French, this is important because the words are not spelled the way they sound, and you need to practice navigating that disparity. In Spanish, this is important because words always sound exactly the way they’re spelled, so if you know how to say it, you also know how to spell it. Either way, you should be verbalizing the entire time you’re studying vocabulary, practicing conjugations, or doing worksheets.

Psychologists have studied the effects of verbalizing during learning and problem-solving activities, and their findings confirm this advice:

So the evidence is clear: When you’re trying to learn something, speak up!