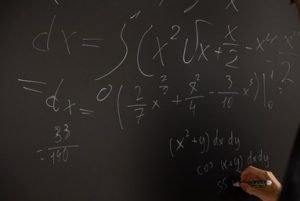 Calculus is widely regarded as a very hard math class, and with good reason. The concepts take you far beyond the comfortable realms of algebra and geometry that you’ve explored in previous courses. Calculus asks you to think in ways that are more abstract, requiring more imagination. You have to wrestle with new vocabulary, new symbols, and new processes. The problems are often longer and more involved, sometimes taking a full page or more of written work to complete.

Those are the obvious reasons why calculus is hard. But there’s more to it than that.

The Main Reason Calculus is Hard

In my experience as a tutor, the primary reason calculus is so difficult is that it is sitting atop an upside-down pyramid of previous math concepts. Calculus ties together everything you’ve learned (or were supposed to have learned) in algebra, geometry, and precalculus, as well as the more basic math from elementary and middle school.

Everyone accumulates knowledge gaps as they progress through math, and for many students, calculus is the course where these gaps finally come back to haunt them. At the same time that they’re trying to learn the new, weird concepts that make calculus what it is, they’re also struggling with all the old things they don’t know. This makes new concepts more confusing. It makes it hard to keep up with lectures. And it makes doing the problems very challenging.

Why do students have so many knowledge gaps?

First of all, the way our school system does math makes knowledge gaps inevitable. Let’s say the average student finishes a typical math class with an 80%. We say to them, “You got at B-. Not bad. Now move on to the next course.” So next year, they start out missing 20% of the information they’re supposed to know! We do this year after year, until their math knowledge pyramid looks like Swiss cheese. 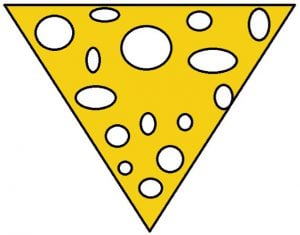 But it’s worse than that, of course, because students routinely forget things that they used to know. The mastery path is a muddy slope, so even if you understand a concept at test time, you’ll quickly forget it without additional practice. This forgetting happens during the school year as well as over the summer.

And right now, in 2022, knowledge gaps are at an all-time high because students didn’t learn as much as they were supposed to during COVID. So if you’re going into calculus this fall, you can be sure that you have knowledge gaps that are going to make your life difficult.

Don’t be ashamed of your knowledge gaps.

Having these gaps doesn’t make calculus impossible, but it does make it a great deal more difficult. So if you’re about to take calculus, or even if you’re in the middle of the course, consider hopping on Khan Academy and patching up some of the holes in your math knowledge. Yes, it’s extra work now, but it will make things easier for you in the future.

Don’t be ashamed of your knowledge gaps; deal with them. If you do, calculus won’t be quite so hard. You’ll avoid slipping into a downward spiral of math avoidance by transforming this daunting course into a manageable, even enjoyable, challenge.