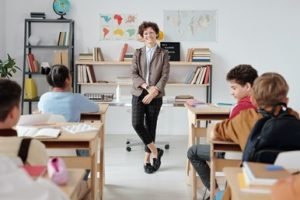 Many people are concerned about what’s going to happen next year when school returns to normal. Remote learning wasn’t as effective as in-person school. Kids didn’t get enough social interaction. They’re calling this “the lost year.”

I get where they’re coming from, and there are some legitimate concerns behind this worrisome line of thinking, which I will outline shortly, but there’s really no reason to panic.

The kids will be fine.

Kids are very resilient because their brains are so malleable.1 They adapted to pandemic life, and they’ll adapt to normal school when they get to return to it. Come to think of it, the ability to adapt to a rapidly changing world might be exactly what they needed to learn.

Classroom curriculum tends to be rigid only because it takes so much work to amend them. And because they remain more or less the same from year to year, they take on an air of timeless importance, set in stone like the Ten Commandments. But the truth is, we don’t actually know what today’s kids need to be learning because we don’t know what the job market will look like tomorrow. Artificial intelligence, robotics, biotech, and who-knows-what might radically change the way people live and work by the time this generation of students is graduating from college.2 So if kids didn’t learn enough of the good-old standard curriculum this year, that probably won’t have much of an impact on their future.

And kids did learn a lot this year. They learned resilience and mental flexibility. They learned that history and scientific progress aren’t done; they’re happening right now. They learned about civics by witnessing an election and the ensuing assault on our democratic institutions. Because of the Black Lives Matter movement, many students learned important aspects of U.S. history that don’t normally get covered in the classroom. They learned biology and medicine by witnessing the evolution of a pandemic and our response to it. Perhaps they didn’t learn as much from school as we would have liked, but they certainly learned a great deal from life.

Okay, now that I’ve explained why everything’s going to be fine, I’d like to reverse course and do a little fear-mongering of my own. Just please keep in mind what I said earlier: There’s no reason to panic.

The reason for this is simple: Teachers and districts aren’t going to rewrite the old curriculum. And when schools will return to some version of pre-COVID normal, kids are going to walk into next year’s classrooms lacking a great deal of what the curriculum expects them to know.

Let’s look at high school math as a specific example of why I’m predicting next year might be rough.

Despite heroic efforts on the part of many teachers, the rapid transition to remote learning last spring and the limitations of remote learning during this school year meant that it was next-to-impossible to cover all the content. Normally, students miss a few things as they go through a math course, and they forget a few things along the way because the mastery path is a muddy slope, but this generation of students will have far more knowledge gaps than is typical. And since many concepts in Algebra II only make sense if you already know the underlying concepts from Algebra I and Geometry, many students will find next year confusing and frustrating. 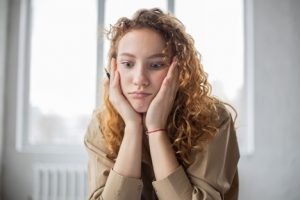 Of course, this problem isn’t exclusive to the high school math curriculum – it applies to all ages and to nearly all subjects. It’s especially problematic for subjects that are cumulative, like math and foreign languages, because each layer of new content is built on the old content, but it’s also trouble for subjects like science, language arts, and social studies. Broadly speaking, students in remote learning just didn’t learn as much as they should have, and they didn’t get enough practice with the skills they’re going to need in the coming years of school, such as reading, writing, critical thinking, and working in groups.

But isn’t everyone behind?

A good counterpoint to this argument is that just about everyone is in the same boat. Most students are more-or-less equally far behind. So maybe next year teachers will go easy on them. Or maybe there will be a wholesale adjustment of the old curriculum. But if that’s the case, we’ll just be kicking the can down the road – putting this problem off for a little while.

One thing that we can be fairly sure won’t happen is universities rewriting their curricula and lowering their standards. The University of Washington isn’t going to adjust its engineering curriculum to account for this generation’s knowledge gaps. They have a high standard to maintain. And nobody wants to hear their heart surgeon say, “Well, I mostly know what I’m doing. I did sort-of have a lost year back when COVID hit.”

So eventually there will be a reckoning. And the best thing for students’ long-term success is recovering that lost ground as soon as possible. If next year is truly as difficult for students as I’m predicting, many students will react to the challenge by slipping into a downward spiral of avoidance that will only make the problem worse. Avoiding this should be a top priority.

What are you going to do about it?

So given all that, you’re faced with a choice: Accept that next year (or the next few years) will be a struggle, or spend this summer doing something to make next year better.

Both options feel – and are – unfair. But this isn’t about who is “responsible” for the situation students are in; it’s about being response-able. Students have the power to take charge of their own learning and get caught up, and families have the power to support their children in that endeavor.

What can students do to prepare for next year?

Students who want to do their future selves a big favor can choose to devote some of their summer to practicing academic skills, such as reading and writing, and patching holes in their knowledge for courses like math and Spanish. For math specifically, here’s a guide to using Khan Academy to fill knowledge gaps. 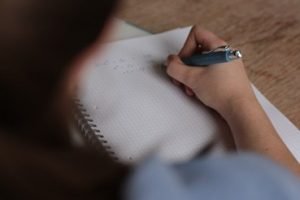 Note that I said some – not all – of their summer. They still need to go outside and play with their friends. In fact, they probably need that this year more than most. But there are a lot of hours in the day, so devoting one or two hours most weekdays to learning isn’t a huge sacrifice. This has always been a good thing to do during the summer, but this year it’s more important than ever.

What can parents do to support their children?

If this is something your child is actively choosing, you can support that choice by providing resources, like textbooks, workbooks, and school supplies. You can offer to enroll your child in a class or something like Kumon. You can schedule time with one of our tutors, so they’ll have one-on-one support.

If this isn’t something your child is actively choosing, you might sit down for an honest conversation about what next year could be like. However, there are several important things to keep in mind if you choose to do that:

Lastly, parents can help their children prepare for next year by modeling the kinds of behaviors and mindsets that are helpful to students. Leading by example has always been important, but it’s more important than ever now.

We don’t really know what next year will be like.

We don’t actually know what next year will be like because, well, it’s in the future, and the future is unknowable. Heck, there could be a fifth wave of COVID or some other unforeseen world-altering event that makes all this a moot point.

But rather than dwelling on whether we should be optimistic or pessimistic about next year, I’m of the mindset that we should do everything we can to help kids be ready to succeed when school returns to normal. If next year ends up not being a return to normal, or if it winds up being easier than I’m predicting it will be, then kids who’ve chosen to use the summer to get caught up will just be a little overprepared, and there’s nothing wrong with that.

There’s a decision-making tool I use for situations like this called “the principle of two errors.” Since we don’t know what next year will be like for students, there are two potential errors we can make: We could overprepare, or we could underprepare. Which error would you rather make?