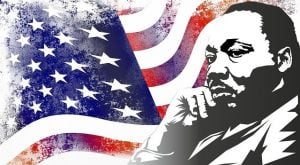 “This country is a constant work in progress. We’re born with instructions. To form a more perfect union. Explicit in those words is the idea that we’re imperfect. That what gives each new generation purpose is to take up the unfinished work of the last and carry it further than any might have thought possible.” –Barack Obama, eulogy for John Lewis, July 30th, 20201

I have always believed that it was deeply mistaken to view protests and other calls for reform as “unpatriotic.” After all, what could be more patriotic than striving to make your nation better?

Having a growth mindset about your own abilities is both true and beneficial. You really can improve through effort, and when you believe that improvement is possible, you’ll be energized to do the work that growth requires.

Likewise, having a growth mindset about our nation is both true and beneficial. We really can improve this country, and when we believe that improvement is possible, we’ll be energized to do the work that growth requires.

The opposite is having a fixed mindset – believing that change is either impossible or unnecessary. This way of thinking is neither helpful nor patriotic. It leads to stagnation, for both individuals and societies.

Progress is motivated by love.

“The life of John Lewis was, in so many ways, exceptional. It vindicated the faith in our founding. Redeemed that faith. That most American of ideas, the idea that any of us, ordinary people without rank or wealth or title or fame, can somehow point out the imperfections of this nation and come together and challenge the status quo. And decide that it is in our power to remake this country that we love, until it more closely aligns with our highest ideals.” 1

Just as self-improvement should be pursued out of self-love, so too should the improvement of our nation be done out of a love for our nation. And I believe that is precisely what is motivating the vast majority of the people who have been protesting and pushing for reform in the halls of Congress. They are fighting to make America better, not because they hate America, but because they care.

Parents should be intimately familiar with this logic. You do not make your children eat their vegetables and do their chores because you want to punish them. You do it because it will make them better people, and you want them to be better people because you love them, because you care.

But growth mindset patriotism is a little different from parenting. It is not the people in charge of our nation who usually lead the uncomfortable push for change. It is usually those people lacking in wealth, power, and authority. Sometimes it is literally the children. Malala Yousafzai and Greta Thunberg come to mind.

Indeed, Obama argued that what has made America such a great nation is that “any of us ordinary people … can stand up to the powers and principalities and say no, this isn’t right, this isn’t true. This isn’t just. We can do better. On the battlefield of justice, Americans like John … liberated all of us. … America was built by people like that. America was built by John Lewises.” 1

We’re not done yet.

It is certainly true that we have come a long way as a nation, but America isn’t finished improving. I don’t think we’ll ever be “done.” Making our nation better is like walking the mastery path for an art form; there will always be room for improvement. You can celebrate how much you have grown, and still continue working on personal growth. We can be proud of the progress we have made, and still work to push our nation further down the path toward justice.

There is always a risk of backsliding.

John Lewis was keenly aware that the “use it or lose it” principle applies to voting rights. He wrote, in a posthumously published op-ed, that “The vote is the most powerful nonviolent change agent you have in a democratic society. You must use it because it is not guaranteed. You can lose it.” 2

Reactionary forces like to call for a return to “the good old days,” but these days were mostly good for straight, white men. For everyone else, there were major problems. So as popular as such sentiments are, they are deeply misguided. Growth mindset patriotism is about moving forward, not backward.

“He knew from his own life that progress is fragile. That we have to be vigilant against the darker currents of this country’s history. Of our own history. Where there are whirlpools of violence and hatred and despair that can always rise again.

Today we witness with our own eyes police officers kneeling on the necks of black Americans. George Wallace may be gone, but we can witness our federal government sending agents to use tear gas and batons against peaceful demonstrators. We may no longer have to guess the number of jellybeans in a jar to cast a ballot, but even as we sit here, there are those in power who are doing their darndest to discourage people from voting by closing polling locations and targeting minorities and students with restrictive ID laws and attacking our voting rights with surgical precision, even undermining the postal service in the runup to an election that’s going to be dependent on mail-in ballots so people don’t get sick.” 1

Fighting these injustices isn’t easy. But part of having a growth mindset means being willing to put in the effort to prove that we can, in fact, make things better.

“[John] knew that democracy isn’t automatic. It has to be nurtured. Has to be tended to. We have to work at it. It’s hard. … If we want our children to grow up in a democracy, not just with elections, but a true democracy, a representative democracy, and a big-hearted tolerant, vibrant, inclusive America of perpetual self-creation, then we’re going to have to be more like John.” 1

John Lewis was a true patriot, a growth-minded patriot. But we should not despair at his passing. His legacy will live on if we work to preserve and further it. His life has served as a model for countless other growth-minded patriots who are marching onward and continuing to fight for what is right.

Where do we see this kind of patriotism? Well, near the end of his eulogy, Obama said this:

“We see it in everybody doing the hard work of overcoming complacency, of overcoming our own fears and our own prejudices. Our own hatreds. You see it in people trying to be better, truer versions of ourselves.” 1

And that, I feel, brings us full circle. Growth mindset patriotism starts with the individual, who must first become growth minded about their own life.

We must be open to learning and growing as people and as citizens. We must be willing to face our own prejudices and work to overcome them. Change has to begin at home, in our own hearts and minds, and then it must be taken to the streets, to the polling places, and to the legislatures.

I’ll leave you with the words of the late John Lewis himself, who worked to make the world a better place, right up to his dying day:

“Though I may not be here with you, I urge you to answer the highest calling of your heart and stand up for what you truly believe. In my life I have done all I can to demonstrate that the way of peace, the way of love and nonviolence is the more excellent way. Now it is your turn to let freedom ring.” 2

1 Watch/listen to Obama’s eulogy here.  Or read a transcript of it here.