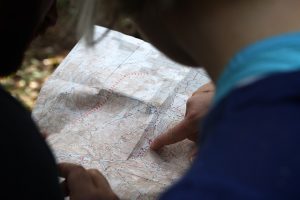 Last year, I published an in-depth look at willpower – how it works, how to get more of it, and how to strategically reduce your reliance on it. The article proved to be very popular, but among all the positive feedback I got, one reader wrote to inform me that something I had included was wrong: The predictive value of the “Marshmallow Test” had been debunked. I was surprised and a little embarrassed, but I corrected the article and thanked her for the information.

Being willing to change your mind in the face of new information is often derided as “inconsistency.” In politics, it will get you accused of being a “flip-flopper.” But this kind of mental flexibility is actually a sign of intellectual and emotional maturity, and it is critical to growth and progress.

Here are several things that I’ve learned over the past couple years that contradict things I’ve previously believed or written about.

Clearly, I’m not done learning. While it’s impossible to know everything, knowledge is too interesting and too valuable for me to decide I’m “done.” I will continue to practice relentless learning for the rest of my life.

As a species, humanity regularly discovers that its ideas about how the world works or what happened in the past either need adjustment or are simply wrong. Here are some great examples:

Despite how far we’ve come, humanity isn’t done learning. For instance, we recently discovered a brand new type of neuron!

Sadly, it’s common to feel ashamed of ourselves when we’re incorrect or ignorant. But really, there’s no reason to feel bad as long as we’re willing to face the truth and move forward. Here’s what Joe Hanson said in this episode of It’s Okay to be Smart all about scientific misconceptions:

“Every one of us carries quite a few pieces of incorrect knowledge in our heads, and that is nothing to feel bad about. What matters is being comfortable enough with the idea of not knowing everything that you’re able to replace bad knowledge when you find better knowledge.”

Humanity’s great leap forward in the Scientific Revolution resulted from admitting our own ignorance.1 Instead of being certain that we knew everything there was to know about the world and the universe, we opened our minds, started researching, and vastly expanded our knowledge and power.1 Certainty prevents progress, while embracing ignorance allows us to move forward.

Embracing ignorance doesn’t mean being happy to not know things. I, for one, don’t think ignorance is bliss. It just means being happy to admit we don’t know, and then pursue the truth. This applies to our entire species as well as to our individual lives.