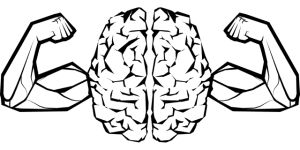 The ability to focus is of paramount importance for success in school and in life.

Without the ability to pay attention when you need to, you’ll struggle to learn in class, study at home, listen during conversations, complete job duties, and safely perform tasks like chopping vegetables and driving a car. Focus is also a key component of executive function, and it is deeply interwoven with willpower.

But what is focus, really? And what causes people to have deficiencies in their ability to pay attention?

One answer is that focus is purely a choice. In this view, if you’re not paying attention, it’s because you’ve chosen not to focus, or you’ve failed to choose to focus. This leads to judgmental statements like, “Just pay attention!” There is some truth to this view – choice matters – but there’s much more to focus than just deciding to pay attention.

One obvious complication is your environment. It’s more difficult to focus in a distracting environment than in a calm, distraction-free environment. This is one of the many reasons why creating a home study space is essential. Technology can be a major distraction, which is why we advocate for real, paper textbooks. It’s also why I do most of my work in airplane mode. But, while environmental factors matter, they’re not the whole story either.

Another popular notion is that your ability to focus is determined by your genes. Some people are genetically predisposed to be good at paying attention, while others are not. Although genes do play a role, this idea tends to lead people to mistakenly believe that focus is an ability that you either have or do not have. Having it means you are normal, while not having it means you possess a disorder: ADD or ADHD.

This sort of black-and-white thinking is absurd. The capacity to maintain focused attention isn’t an all-or-nothing trait; it’s a spectrum. We have drawn an arbitrary line in the sand somewhere along this spectrum and labeled everyone on the wrong side of that line “disordered.”

Now, I’m not saying there’s no such thing as ADHD, but I am saying that labeling it as a fixed trait can do a great deal of harm. Imagine being a child who is told that he has a disorder that makes it hard for him to pay attention. What will you do the next time you’re asked to focus on something, and you’re finding it challenging? Will you think, This is hard, but I can do it, and push yourself to stay focused? Or will you shrug your shoulders and think, I’m just no good at focusing, and give up? I suspect the latter is much more common, and I suspect that labeling students as permanently attention disordered is frequently a self-fulfilling prophecy.

An alternative approach would be to view focus through the lens of a growth mindset. The brain is capable of dynamic changes throughout our lives, growing and rewiring in response to our choices. All cognitive abilities can be improved with practice and enhanced with strategy.1 So no one is ever stuck at whatever place they happen to be on the spectrum of focusing ability. Anyone can improve their ability to focus. Anyone can strengthen their focus muscle.

If we view the brain as a bunch of muscles, then the long-term approach to improving focus becomes a matter of brain training. Every class you attend, every reading assignment, every math problem, and every study session are not only opportunities to learn, they are opportunities to train your ability to focus. You can engage in deliberate focus training through activities such as yoga and mindfulness meditation, and you can also move through life looking for chances to give your focus muscle a little workout. Even just making a greater effort to pay attention when you’re in a conversation is a little dose of focus training. And every little bit counts.

And this isn’t just a nice metaphor – there’s real neuroscience to back up this view. A study published in the journal Biological Psychology in 2013 noted that “Mental training techniques rooted in meditation are associated with attention improvement, increased activation and cortical thickening of attention/executive-related brain areas.”2 Meanwhile, ADHD is linked to “hypo-activation and cortical thinning of similar networks.”2 Thus, using meditation or other forms of mindfulness training could result in reduced ADHD symptoms through the strengthening of relevant brain areas. “Meditation is a cognitive control exercise that enhances ‘the ability to self-regulate your internal distractions,’ said Dr. Adam Gazzaley, a neuroscientist at the University of California, San Francisco.”3

Seeing focus as a muscle helps us shift our approach from fixing to growing. If we think of ADHD as a permanent, intractable disorder, then we’ll think our only option is to “fix” it with medication. I’m not saying that medication should never be part of the program, but I am saying that medication should never be the only tool we use. Sadly, it is often used instead of, rather than in addition to, brain training.

And when this happens, we might be impeding the natural development of focusing ability, creating dependence. I’ll explain what I mean using a physiological example. Let’s say I’ve had a wrist injury that has left me with a weakened wrist. I need to continue using my wrist to perform the tasks of my day-to-day life, so I have to wear a brace. But I also need to perform exercises to strengthen my wrist because that’s the path to recovery in the long run. If I don’t work to build up the strength of my wrist, I’ll be forever dependent on the brace, and I’ll never be as effective as I could be.

Luckily, this sort of dependence seems to be uncommon. A study published in the Journal of the American Academy of Child & Adolescent Psychiatry found that elementary-aged children diagnosed with ADHD typically show marked improvement three years after their diagnosis, regardless of whether they’ve been put on medication or not.4 Since medication seems to offer no long-term cognitive benefits, and because it comes with unwanted side-effects, researchers are now turning their attention to alternatives that are focused on brain training, such as meditation.

A study published in Clinical Neurophysiology on adults with ADHD showed that the combination of cognitive therapy and mindfulness training could be just as beneficial as taking medication,5 but because they were learning skills and gaining cognitive strength, I suspect that the benefits will be longer lasting. The benefits of taking medication tend to be short-lived,4 while the benefits of meditation continue accumulating over time.6 So we have to ask ourselves, what’s more important: a short-term boost or long-term strength?

But wait, let’s return to those kids who all improved their ADHD symptoms, both with and without medication. Why did they improve? Well, that was outside that study’s scope, but I suspect it’s simply because they grew up a little, both emotionally and neurologically. They were forced, through schoolwork and other activities, to exercise their ability to focus.

Training this focus muscle is, in fact, one of the unspoken purposes of school. It’s also one of the unnamed things that the SAT is testing. The SAT is a long, boring exam, and it is deliberately so. When a student complains that the readings on the SAT are uninteresting, I explain that this is because they’re testing students’ ability to stay focused in the face of boredom. The student then often asks why the test is designed this way with a tone that says, “Why are they torturing us?!”

The answer is that, no matter what career you choose, both the schooling required to enter that career and the career itself will inevitably demand that you perform boring, tedious work with steady focus. For example, let’s say you’re passionate about medicine and plan to become a doctor. Fantastic. Medicine is a challenging, dynamic, and meaningful career. But you’re still going to have to take organic chemistry and anatomy, and so you’ll have to do a tremendous amount of boring memorization. And once you become a doctor, you’ll have to complete tedious chart notes about each patient.

Up until now, I’ve been talking about this “focus is a muscle” principle in terms of why it is good. But here’s the bad news, which is really just a cold splash of reality: Just as you can’t get your body in shape overnight, you can’t just flip a switch and suddenly be really good at focusing. The ability to focus is a difficult skill that requires regular exercise in order to be developed.

“The ability to concentrate intensely is a skill that must be trained. … It’s common to treat undistracted concentration as a habit, like flossing – something that you know how to do and know is good for you but that you’ve been neglecting due to a lack of motivation. This mindset is appealing because it implies you can transform your working life from distracted to focused overnight if you can simply muster enough motivation. But this understanding ignores the difficulty of focus and the hours of practice necessary to strengthen your mental muscle.” –Cal Newport7

So yeah, patience is necessary. To make significant improvements over time, you’ll need to keep your eyes on the process and have faith that deliberately engaging in focusing exercises on a regular basis will make you stronger. A healthy dose of realistic optimism is necessary here. Improvement is possible, but progress will be slow and gradual.

It’s worthwhile to invest the time and energy because, no matter what you choose to do with your life, focus matters. And no matter how weak or strong your ability to focus is today, you can strengthen it because focus is a muscle.