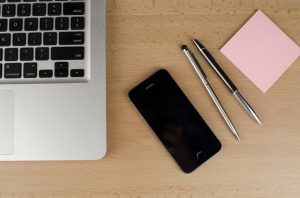 Perhaps the most common error in strategy students commit is relying on memory rather than relying on reminders. Students aren’t the only ones making this mistake, of course. Adults also rely too much on memory and not enough on reminders. I know because I used to be one of those adults.

There have been countless times when I had the intention to do something but then forgot. The things I forgot ranged from the mundane, such as stopping by the grocery store on the way home from work, to the very important, such as purchasing plane tickets before they become extremely expensive. I spent most of my life avoiding using reminders as a matter of pride. “I’m smart enough to remember,” I told myself. For me, at least, it took many painful mistakes for the lesson to sink in. The lesson was simple: I couldn’t rely on my memory.

Now, this isn’t because I have an especially weak memory. Quite the opposite is true: My academic career showed me that my memory was exceptionally strong. One friend nicknamed me “The Sponge” because my brain would readily absorb and be able to recall whatever it was taught. For example, I was shown the first 20 digits of pi for a minute in 6th grade, and I’ve been able to recite them ever since.* Experiences like this, however, simply bred in me overconfidence. They led me to resist using any tools that could help me remember things.

Gradually, I realized that I didn’t just need reminders. I wanted them. They make life much easier. I looked back on my time as a student and realized that I had been making school harder than it really is.

“Your mind is for having ideas, not holding them.” ―David Allen

Reminders decrease my cognitive load, which frees up brainpower that I can put to better use. I can more easily focus on my work. My creativity and my productivity increase. I no longer worry about forgetting things, so I have less anxiety. I’m more reliable, and I’m better at making time for friends. In short, reminders make me both happier and more effective.

In the end, my shift from relying on memory to relying on reminders came down to giving myself permission to be human. Robots might one day have perfect memory, but I’m not a robot. I’m a human being, and humans forget things, which is okay because humans also invented some pretty handy tools to deal with forgetting, the most important of which is writing.

A Toolkit of Reminders

As my life has become increasingly busy, I’ve come to utilize several overlapping systems of reminders:

Note how most of that list is super low-tech. It doesn’t have to be fancy and digital to be effective.

But wait, you might be thinking, Why all the overlap?

Well, the thing is, I don’t really trust the reminders either. Like many people, I’m inclined to conveniently “forget” to do things that I don’t want to do, so I might avoid looking at my list of chores. But if I put something down as a reminder in more than one place, I’m much more likely to see it. At least that way, I can’t lie to myself and say I didn’t remember. The more important something is, the more places it goes.

In addition, beware of “reminder blindness.” Over time, you’ll become blind to the reminders you’ve created, and you’ll need to refresh them. Also, if you just aren’t doing the thing that the reminder is telling you to do, ditch it. It’s not a good idea to have reminders that you ignore.

Parents and educators can subtly communicate the necessity of reminders through leading by example. For instance, when a student mentions something important but then moves right on to talking about something else, say, “Hold on. I have to write that down because I’m probably going to forget about it.” Every time a student sees this happen, they’re being reminded of the fact that the brain is a forgetting machine, and the number one strategy to deal with forgetting is writing things down.

You’ll find that modeling the use of reminders is much more effective than teaching students about the use of reminders. Teenagers especially don’t like to listen to advice and often reject even very good advice. Remember, a teenager is like a Chinese finger trap. But teenagers are not immune to behavioral contagion. Far from it. We all have the tendency to do whatever those around us do. So use reminders consistently, and the behavior will probably rub off on your children.

For regular, recurring tasks that I want to do, such as practicing Spanish on Duolingo, I will create recurring appointments with myself on Google Calendar. That way, at the same time every day, I’m reminded to practice Spanish. Such an item might also get written on a daily to-do list because I enjoy the satisfaction of crossing off completed tasks. Duolingo, by the way, knows the importance of reminders and will send you an email every day reminding you to practice.

If I succeed in remembering to practice Spanish every day at roughly the same time, after several weeks, it will start to become a habitual, automatic routine. This is the ultimate in shifting away from a reliance on memory. The reminders become unconscious cues that trigger the routine.1 Eventually, I won’t need any reminders at all.

The traditional way students rely on reminders rather than memory is the oft-dreaded planner. The planner is a fantastic tool, but many students hate it. There are many alternatives, including to-do lists and electronic calendars. But some of the most successful students graduate beyond reminders by developing the habit of engaging with every class, every day.

However, developing new habits is hard, so at the beginning, the more reminders the better. It can even take months before a habit is well established enough to be done without any reminders. And because habits are so difficult to establish, it’s best to only work on one new habit at a time.2

Parents can lead by example here too. What’s one thing that would improve your life if you did it on a regular basis? You might be able to think of many things, but just pick one, set up some reminders, and make it a habit.**

*I later figured out that the reason my memory appears to be so good is because I’m constantly engaging in mental recall practice.

**If you’d like coaching on how to establish a new habit, this is my specialty.

1 Duhigg, Charles. The Power of Habit: Why We Do What We Do in Life and Business. Random House, 2012.