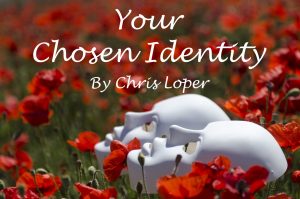 Your name was given to you by your parents. Your skin color, your hair color, and your eye color were all given to you by your genes. Chance and circumstance gave you a great portion of your childhood experiences. But who you believe you are and who you will become, those are for you to decide. Your identity is yours for the choosing.

We receive constant feedback from the outside world about how we’re doing, how we compare to others, and who we are. Those outside voices can be so strong that we have a hard time believing anything else. By now, you’ve surely been labeled at least a dozen times over. It’s easy to just live up to whatever labels you’re assigned, to become what others think you are. So if you’re not careful–if you don’t choose your own identity–you might end up as someone you don’t want to be.

This article is about a choice that we must make over and over again, how that choice leads to actions, and how those actions truly make us who we are.

The choice is our identity. We must deliberately choose who we are and where we want to go in life. This choice comes from our values. Those we must choose as well. Others may have told you what to value, where to go, and who to be, but really, the choice is yours.

Self-perception teaches that your own actions have the strongest influence of all on your sense of self. You become what you do. 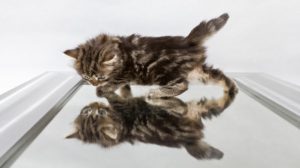 But how do you decide what you do? Simple. Use your chosen identity. The alternative is to decide what to do based on your current feelings. This is a recipe for disaster or, at least, mediocrity.

We also can’t rely on how we’re feeling because our emotions tend to be unpredictable, unplanned. We can’t become the people we want to become by chance. We have to design our lives, choose our identity, and then act based on our chosen identity, regardless of our current feelings. Now, don’t get me wrong. I said this is simple, but I didn’t say it’s easy. Acting in line with our values in spite of how we feel is hard.

The identity we choose can become a self-fulfilling prophecy: If we consistently act like the person we would like to be, we actually develop that identity. Tony Robbins explains that “If we decide to think, feel, and act as the kind of person we want to be, we will become that person. We won’t just be behaving ‘like’ that person; we will be that person.”1 I mostly agree with him, but I’ll point out that the feeling part comes last. It starts with a decision about who we want to be, and it ends with feeling like that person. In between, there is action.

After choosing an identity, we have to try it out by taking action. As we’re taking actions in line with our chosen identity, we unconsciously observe ourselves behaving like the person we’ve chosen to be, and as a result, we start to feel like we really are that person. This makes it easier to continue to act in line with our chosen identity. The greatest challenge we face is kick-starting this feedback loop: 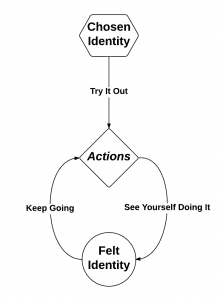 We’re not going to feel like the person we want to become until we start acting like that person. At first, we will be faking it. It will feel unnatural, we will feel like an impostor,2 and it will be hard. But we can, as the feedback loop shows and as Amy Cuddy says, “fake it till we become it.”2

The corollary to this principle is that if we don’t act in accordance with our chosen identity, self-perception will make us feel like we’re not that person. We might even feel like we can’t be that person. Of course, most of us are, to one degree or another, experiencing exactly that feeling. That’s why the primary hurdle of behavioral change is getting over the inertia of our current identity. And that’s why James Clear says that you have to “Start before you feel ready.”3

And we cannot simply decide, once and for all, to become our chosen identity. We will be faced with countless opportunities to choose otherwise, so we have to re-choose our selected identity, over and over again. But over time, as we stack up “small wins” and prove to ourselves that we are that person, the choice becomes easier.4 Eventually, it becomes automatic.

The only version of a chosen identity that works is an image of yourself that is defined by taking action. That means choosing a process-based identity, also known as an action-based identity. When you choose to be someone who consistently does the necessary work, then success is a natural byproduct of your identity. In other words, your focus should be on the action, not the outcome. Don’t keep your eyes on the prize; keep your eyes on the process. You don’t climb a mountain by believing you’re a mountain climber and visualizing yourself at the summit; you climb it step by step, move by move. 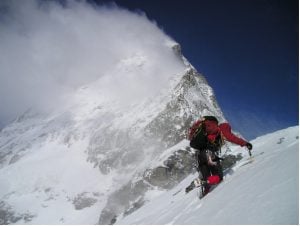 For example, someone who wants to become an author might wrongly believe that he needs to believe in a character-based identity, such as “I’m a good writer.” He might even go a step further in the wrong direction and believe that he needs to visualize the outcome he wants: “I’m a successful novelist. I’m a successful novelist. I’m a successful novelist.” Since he hasn’t written a novel yet, this is just fantasy, and fantasy gets you nowhere. A process-based identity, such as “I’m someone who writes every day,” will actually get him where he wants to go.4 The beauty of this is that if he writes every day, he will become a better writer and will stand a very good chance of becoming an author. This is another example of the benefits of redefining success.

James Clear points out that it is critical “to start with incredibly small steps. The goal is not to achieve results at first, the goal is to become the type of person who can achieve those things.”4 The purpose of a process-based identity is to establish the habit of taking actions that drive you toward your goals.

Having a process-based identity is neatly aligned with having a growth mindset. The practice of becoming better through consistent action is a powerful way to prove to yourself that you can become who you want to be. The belief that you can improve incrementally gets you to take all the tiny actions that move you forward, and it gets you to capitalize on the many opportunities there are for little bits of growth. Everything counts.

Rejecting the identities given to us by others and instead choosing our own values and our own path are fundamental elements of independent self-esteem.5 Am I living up to the ideal of my chosen, process-based identity? If so, then I should feel good about myself, and feeling good about my actions will inspire more action. This helps explain why praising students for their effort is more helpful than praising them for their results or their intelligence:6 Process-based praise helps shift students toward a process-based identity.

The One Role We Should Always Play

We all have multiple overlapping identities: 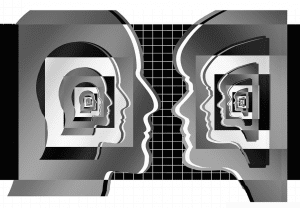 You may simultaneously see yourself as a friend, a brother, a student, an employee, and an athlete, and these are just a handful of the many roles you might find yourself playing during your life. Because each of these roles comes with its own set of objectives, you may find it useful to adopt several chosen identities, one to match each of the main areas of your life.

But there is one, overarching identity that we all must choose.

Circumstances change. Feelings are fickle. But a chosen identity is firm. The desire to live up to the identity you’ve chosen is a powerful motivator. Choose wisely. 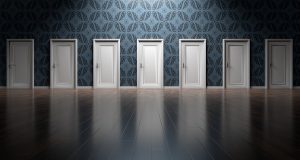 1 Robbins, Anthony. Awaken the Giant Within: How to Take Immediate Control of Your Mental, Emotional, Physical and Financial Destiny! Free Press, 1992. Pg. 432.

4 Clear, James.  “Identity-Based Habits: How to Actually Stick to Your Goals This Year.”