I recently had a strange experience on a hike.

I was on the Franklin Falls trail near Snoqualmie Pass. If you’ve ever been to Franklin Falls, you’ll probably remember that the trail is very well maintained and, well, easy. 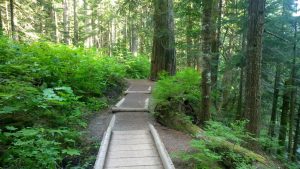 It follows the South Fork of the Snoqualmie River, which cuts a small but steep gorge into the valley floor.

I lived at Snoqualmie Pass for five years, so I’m intimately familiar with this river valley. There are a handful of beautiful nooks along the river that I enjoy exploring. 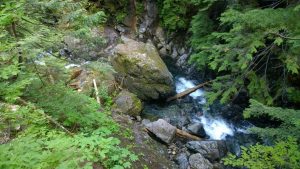 To access these unique, secluded spots, you must scramble down the steep hillside beneath the trail, often clinging to roots and branches. 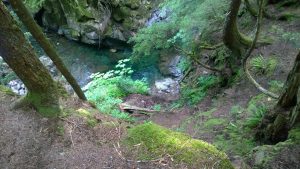 I had not visited any of these little gems for a few years, so I was eager to reacquaint myself with them.

What was strange about my experience was the fact that scrambling down to the river now terrified me. I was unstable on my feet, unsure of every step. In the past, however, descending to the river was never an issue. I felt completely sure that I could do it safely because I had impeccable balance and agility. Now, my skills seemed to have all but vanished.

As I carefully climbed back out of the river valley, I reluctantly concluded that I’m not currently fit to be doing such dangerous scrambling. I felt disappointed in myself and confused.

A few minutes later, safely back on the main trail, I realized what had happened to me. I had just bumped straight into one of the fundamental tenets of modern neuroscience: “Use it or lose it.”1 Neuroplasticity is the principle that the brain is a dynamic organ that adapts to whatever you do on a regular basis. When you frequently practice something, the brain responds by becoming better at it, but when you neglect to practice a skill, it fades away.

I once had high-level skills as a mountaineer and a rock climber, with an accompanying level of overconfidence. I boldly soloed things no sane person would consider climbing without a rope. I was regularly described as a “mountain goat.” Here I am sitting on the knife-ridge that forms the summit of Mt. Snoqualmie: 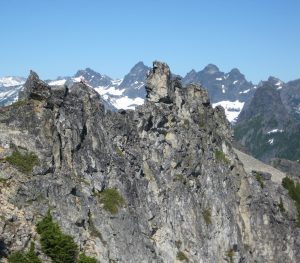 I used to be the sort of person who would walk casually along the edge of a 500ft cliff, sometimes pausing to take the sort of photograph you’re not supposed to show your mother: 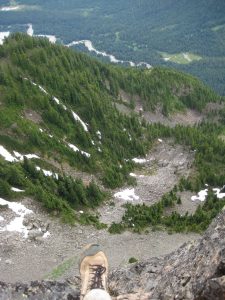 These skills are now severely diminished for the simple reason that they haven’t been getting any exercise, which is a classic example of the fact that the brain is like a bunch of muscles.

Three years ago, I broke my left foot and moved from the mountains to the city. I’ve been unable to hike at all until very recently. During the interim, the areas of my brain associated with balance and agility atrophied, much in the same way that the muscles in my left leg atrophied after my foot surgery. A skill in the brain is just like a muscle in a leg: When you don’t use it, you lose it.

The muscles in my leg are steadily growing back because I’m deliberately exercising them. The skills I once had as a climber will be mine once again, too, but it will take time and practice. I know the skills aren’t gone forever because I’ve already been through a similar experience of atrophy and regrowth with math.

In high school, I was way ahead in math and aced both of the available versions of AP Calculus. But then in college, I majored in social science and stopped using math. Ten years later, I had forgotten almost everything, including basic skills like long division and subtraction with borrowing. Setting out to relearn it all, I hopped on Khan Academy and got to work. 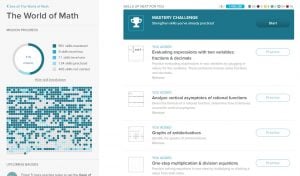 Three years later, I’m back up to the level of elementary Calculus, and I get paid to teach math. In time, with enough effort, my balance and agility will return as well.

You’re either moving forward, marching in place, or slipping backward.

If you’ve worked hard to learn something challenging or develop an important skill, don’t let it fade away with disuse. Schedule a little time to practice once in a while. Trust me, it takes way less work to maintain a skill than it does to start over.

1 Doidge, Norman. The Brain That Changes Itself. Penguin Books, 2006.