“To err is human.” –Alexander Pope

If you’re reading this, you’re almost certainly a human being. Every person you know is also a human being. That means you and everyone around you will make mistakes on a regular basis. It’s in our nature. Humans make mistakes. That’s just a fact of life, and no amount of striving to be perfect will change that fact.

It’s difficult to overstate the importance of this concept. Having a mindset that grants both you and the people around you permission to be human is the foundation of social skills, self-improvement, and happiness.1 This mindset is also the foundation of being an effective parent, an excellent teacher, and an empowered student. It is intimately connected to having a growth mindset.

Permission to be human means knowing that everyone messes up and does things they regret, but it doesn’t mean being happy about regrettable behavior. It can mean forgiving yourself when you realize that you’ve hurt someone, but it’s not a license to do wrong. Bad behaviors can still result in punishment and moral instruction, but they can also be forgiven so that relationships can continue.

The idea of permission to be human might sound warm and fuzzy, but it’s actually grounded in realism. This mindset is based upon a realistic assessment of what humans are and how human brains actually work. The most powerful way to learn anything is by making mistakes and learning from them.2 Research also makes it clear that we never master anything instantaneously; we only master things through repeated practice.3 Words like “talent” and “genius” turn out to be misleading ideas. The world’s most successful people are the ones who have worked the hardest and struggled the most.3 The master, as they say, has failed far more times than the beginner has even tried.

An important aspect of realism is understanding how behavioral change and self-improvement really work. This begins with the understanding that change is possible. We can rewire our brains and we can grow new neurons. We can change our thoughts, our behaviors, and the very course of our lives, but despite what most self-help books will tell you, change is hard.1 It takes time. Patience and resilience are necessary.

Permission to be Imperfect

As hinted at earlier, giving yourself permission to be human is a powerful way to shift away from perfectionism.1 This, too, is part of being realistic: 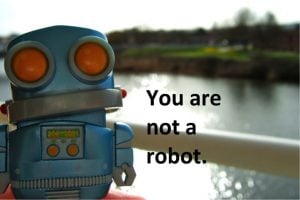 “No human has ever been perfect. You’re not going to be the first.” –Brian Johnson

It’s important to understand that giving up on perfectionism is not the same thing as giving up on the lofty goals you have. In fact, being a successful human depends on giving yourself permission to be imperfect.

For example, new businesses are always launched in imperfect form, lessons are learned through trial-and-error, and thus the business changes, adapts, and ultimately improves. If an entrepreneur wants to wait until she’s got a perfect business plan before taking her idea to market, she’ll end up never launching at all.

The willingness to make mistakes is a necessary prerequisite for learning and creativity. Permission to be human is also about being kind to ourselves when we make mistakes.

Unfortunately, many people think that we’ll learn more from our mistakes if we’re hard on ourselves for making them. It turns out, however, that beating ourselves up over a mistake makes us less likely to carefully examine what went wrong and learn from it.5 Furthermore, research shows that being hard on yourself leads to procrastination. Meanwhile, people who practice “self-compassion”–people who forgive themselves for messing up–procrastinate the least.5

Here’s a helpful reframe: Think of how many “takes” are required to make a movie. No one just films the whole movie in one try. There are many takes, miss-takes, and re-takes. If someone messes up during the filming of a scene, they don’t scrap the whole film, they simply call it a miss-take and do a re-take. So you can think of your own “mistakes” as “miss-takes,”6 and give yourself permission to do as many re-takes as you need.

Actually, failures aren’t just inevitable, they’re critical. We can’t get anywhere in life without failing along the way.

“Learn to fail or fail to learn. There is no other way.” –Tal Ben-Shahar1

Think about how a baby learns to walk. It tries to walk, falls down, gets up, and tries again. It fails–and falls–repeatedly until it figures out how to walk.1 Once a baby can walk, it will try to run, and it will fail repeatedly at that, too. Now the failures are more painful–it hurts more to fall when you’re running–but the successes are more rewarding, too: Running is faster!

Normal human development is a progression from small failures and small successes, to bigger risks and bigger rewards.

The most successful people in life are usually the ones who have failed the most, but kept trying.1 Anyone who has mastered a skill has failed at it many more times than most people have even attempted the task. Michael Jordan famously said, “I’ve missed more than 9000 shots in my career. I’ve lost almost 300 games. 26 times, I’ve been trusted to take the game-winning shot and missed. I’ve failed over and over and over again in my life. And that is why I succeed.”

Permission to be human also means permission to feel bad when things go badly.1 With our logical minds, we can recognize that mistakes and failures are learning opportunities, but that doesn’t prevent us from feeling negative emotions when we mess up. It’s in our nature to feel bad when things go badly.7 Everyone feels anger, sadness, and pain.1 It’s normal and natural, and it doesn’t do any good to get upset with yourself for feeling those negative emotions. The knowledge that a mistake or a failure has an educational value just helps us reframe the experience, so we can view it in a more helpful way and move on from it more quickly.

Permission to be human also means permission to feel good when things go well.1 It’s okay to feel good when you get your way, when you get lucky, or when you succeed. It’s okay to feel a bit of selfish desire, hedonistic pleasure, or the satisfaction of victory. These feelings are normal, natural, and totally okay. Can they be taken too far? Of course they can, but feeling these things doesn’t mean we’re bad people.

We like to emphasize the process of studying over the grades that result because our goal is long-term scholastic success. That’s why Northwest Educational Services’ motto is “Learn how to learn,” not “Learn how to get an A.” However, even if a student fully buys into that mindset, she’ll still feel good when she gets high test scores or good grades. She should feel good about those things and celebrate her achievements, so long as she doesn’t forget that she earned her success through hard work and effective strategies.

Permission to be a Beginner

Whenever we learn to do something new, we’re beginners. We might look at examples of people who are already proficient and feel inadequate, but we need to give ourselves permission to struggle. Khan Academy, through this short video, explains this concept beautifully.

Looking at the bigger picture, let’s also recognize that it’s also okay to be a beginner at behavioral change. When you start a program of self-improvement, it’s like learning a new sport or a new instrument. You’re going to be a beginner. Don’t expect to have expert-level self-discipline. You’re not lazy; you just have an underdeveloped willpower muscle. Expect to stumble and fall, expect to make mistakes, expect to fail repeatedly, and expect it to be hard.

Permission to Ask for Help

Permission to be human also means permission to ask for help. We didn’t evolve alone; we evolved in groups.8 We have always been interdependent.9 We aren’t meant to go through life’s challenges alone. Everyone needs the occasional helping hand or shoulder to cry on. Every successful person had teachers and role models who guided them on their journey.1 Everything great our species has ever done was accomplished by working together.

Self-reliance is a wonderful quality, and individuals can achieve a lot on their own, but overvaluing independence can make people unwilling to ask for the help they need.

Permission to Use Strategies

Permission to be human also means permission to use strategies and tools. Tools and strategies have been integral to human survival throughout our history,8 so it’s unrealistically overconfident to forego using them. We often think we’re smart enough to handle everything life throws at us with just our brainpower, so we resist writing down math problems, taking notes in class, using a planner, learning proven strategies for studying, or otherwise using the tools at our disposal. By doing so, all we’re doing is making life harder than it needs to be.

Giving Others Permission to be Human

In a wide variety of ways, it’s profoundly helpful to take an honest look at what it means to be human and then accept that it is what we truly are. As usual, the most powerful way for you to share this idea with your children is to simply lead by example. Treat yourself with compassion, and your children will be more likely to treat themselves with compassion.

You are not a robot: Greenaway, John. “Robot on the Taff.” https://www.flickr.com/. Creative Commons 2.0. Text added.