Most animals have one or more evolved strategies they use to survive: size, speed, armor, sharp claws, sharp teeth, poison, camouflage, agility, keen senses, stealth, or teamwork. Humans certainly have the capacity for teamwork, and we’re capable of limited agility, but we are born with little else from that list. Compared to, say, tigers and elephants, we’re small, weak, and vulnerable. We aren’t born with any weapons, camouflage, or armor. No, we’ve evolved down a different path. Our strategy is adaptability.

Our incredible brains give us the ability to find ways of surviving without innate tools. We rely on cleverness. We invent our own weapons. We make our own camouflage, armor, shelter, and poison. We’ve invented tools that enhance our senses, increase our speed, and improve our ability to work as a team: language, long-distance communication, cultural symbols, and traditional rituals. We’ve mastered clothing, fire, and healing. We’ve learned to tame animals and grow our own food. This inventiveness allows us to survive and thrive in a wide variety of environments, and to handle the enormous changes that may occur during a lifetime.

The human brain is a machine built to handle change. It is designed to be adaptable.1 For some reason, this comes as a surprise to many people. Perhaps, by no fault of their own, they’ve been drenched in a culture that worships genius and talent so much that they’ve come to believe that the ability to succeed is something you’re born with. You either have it, or you don’t. The truth is, there’s only one ability you need to succeed and we’re all born with it: the ability to learn.

I’ve drawn an exaggerated contrast between humans and other animals. We’re certainly not the only ones capable of learning and adapting. All brains are, to some extent, malleable. It’s just that the human brain is especially adaptable. It is more flexible. It has a greater capacity for learning, memory, and creativity. This malleability will henceforth be referred to as neuroplasticity. All animals have some neuroplasticity; humans have a great deal.1

What does this plasticity look like? All animal learning, great and small, is done through physical changes in the brain – changes in wiring, chemistry, and blood flow. As rats learn a maze, for example, their brains undergo physical changes that are observable in brain scans. The greater the learning, the greater the amount of physical change. As children learn their native language, for instance, their brains undergo massive structural changes. Anytime you learn anything, you’re changing the structure of your brain.1

Since the discovery of neuroplasticity, it has been applied to the treatment of a wide range of previously intractable human problems: loss of sight or hearing, brain damage from accidents and strokes, speech impediments, childhood learning differences, dementia, Alzheimer’s, and mental illnesses. Treatments derived from an understanding of neuroplasticity are already helping millions of people.2 By understanding how it works, you can improve your own learning and your own life. By understanding how your brain changes, you can take charge and guide that change in whatever direction you desire.

Each neuron is like a city with 10,000 roads leading in and out of it: 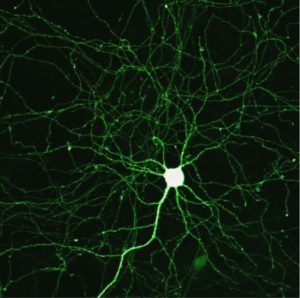 Every time you learn something, it improves your brain’s ability to learn in the future. This is the essential purpose of school – to prepare your brain to learn. It’s very unlikely that you’ll need to know Shakespeare or the quadratic equation for your future career, but by learning those things in school, you’re developing a brain that is more capable of learning.

Learning: Making a Path in the Forest of Your Mind

Thoreau was really onto something. The best metaphor for understanding neuroplasticity, as it relates to learning and forgetting, is to imagine creating a path through the forest. If no one has ever walked there, there will be no path to follow. The first walk will be very difficult: It will be unclear which way you should go, and there will be bushwhacking. This is the struggle of learning something new, the struggle of being a beginner. 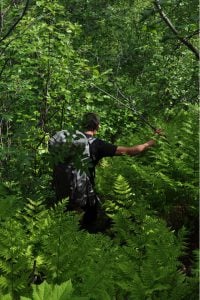 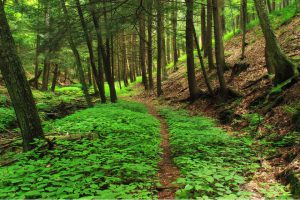 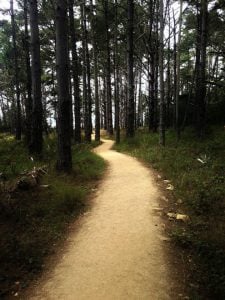 You have to walk the trail frequently at the beginning in order to establish it, but once it’s established you only need to revisit it occasionally to maintain it. But if no one walks the path for a long time, plants will sprout on the trail, the surrounding bushes will become overgrown, and the trail will fade back into the forest, eventually disappearing completely. This is what it is like to become rusty. Without practice, you’ll lose the skills you have already mastered. Likewise, if you don’t revisit your memories, they become fuzzy and are eventually forgotten completely. This principle is usually summarized by neuroscientists as simply, “Use it or lose it.”2

For the purpose of learning, the lesson is very clear: If you really want to learn something, you must repeatedly expose yourself to the information. In a future blog post we’ll discuss how to space out your repetitions to form strong memories. For now, just know that “cramming” all your repetitions into one day is not the optimal choice if the goal is deep understanding or long-term retention.4

The other implication of neuroplasticity is the necessity of practice. If you want to get good at something, practice it regularly. This is as true for tennis as it is for math. Dr. Barbara Oakley of the University of San Diego likes to say, “Practice makes permanent.”4 There’s simply no other way to rewire your brain.

Neuroplasticity isn’t just how you learn, it’s also how you change. It’s through your repeated actions that you take charge of the feedback loop that controls your life and build positive momentum. Neuroplasticity means you can become more creative or increase your willpower.

(For a detailed look at how this trail-formation metaphor applies to habit-formation, read “Bushwhacking Your Way to New Habits.”)

In later posts we’ll look at neuroplasticity in greater detail. For now, I hope you’ve seen that brains can change and that they change in a particular way. The lessons from this are straightforward: Learn continuously, use spaced repetition to form memories, and keep practicing.

2 Doidge, Norman. The Brain That Changes Itself. Penguin Books, 2006.

4 Oakley, Barbara. A Mind for Numbers: How to Excel at Math and Science (Even if you Flunked Algebra). Penguin, 2014.